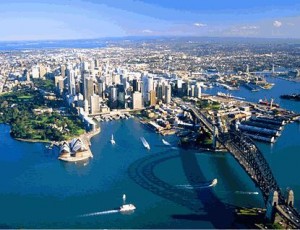 Â Australia Immigration for the Australian Economy: One of the widely accepted facts is that the stable and balanced Australian economy. The economy of Australia maintained the dart when all the other leading economies of the world were going through economic recession.

Australia Migration to Work in Australia: With a positive economy comes another main reason for migration is to fetch jobs opportunities in Australia. The mining industry is growing wild in Australia and skilled workforce is in demand to fill up the positions. Â The jobs in Australia give a chance to soar high up to the dreams and achieve a dignity and elevated lifestyle. The jobs not only gear up your finances but also help you to follow success.

Aussie Migration for a Comfortable Lifestyle: You may check with anyone who has made a move to Australia from the UK or Europe, and they would have been enamoured with the Australian climate. As one of the primary considerations for many to relocate to Australia, weather has been one of the key welcoming factors. The commitment of the Australian government to a multicultural society has led to a cosmopolitan crowd that loves the weather Australia has to offer. The weather, coupled with the beautiful beaches and the warm waters, the outstanding natural beauty of Australia marked by its mountain ranges and national parks, and numerous opportunities to explore outdoors without being bogged down by oppressive climatic conditions, are added advantages why you should consider your move to Australia with optimism.

Migrate to Australia with a straight forward Visa System: With all the good news about working in Australia, the immigration policy, prospects of jobs in Australia, favourable weather conditions and a decent lifestyle, you need to be aware of Australian visas too. The Australia visa has been streamlined of late to make the system work like a dream. The year 2012 saw some major revamps in Australia visa and in the way the country dealt with migration to Australia. And the end result has been rather satisfactory for the vast majority of people who have been clear about their move to Australia.